Follow us on the TV programme “La Prova del Cuoco”

Our collaboration with “La Prova del Cuoco”, the well-known TV programme broadcast on Rai Uno, hosted by Antonella Clerici,  will continue for the 2016-2017 season. There will be numerous Zafferano collections used in the various settings for the programme with which the amateur cooks will challenge the professional chefs in the course of the various episodes scheduled to be broadcast from Monday to Saturday at 11.50 a.m.
One of the most successful cookery programmes currently on TV, “La Prova del Cuoco” began again last September 5th, by now at its seventeenth edition, and with which Zafferano has been collaborating consecutively for many years now. The Esperienze line is the one which of all the collections designed by Federico de Majo first won over the screen-writers of this popular television show. The visibility of the Zafferano products, extensively used throughout the course of the daily broadcasting, has become a consolidated presence on the programme. 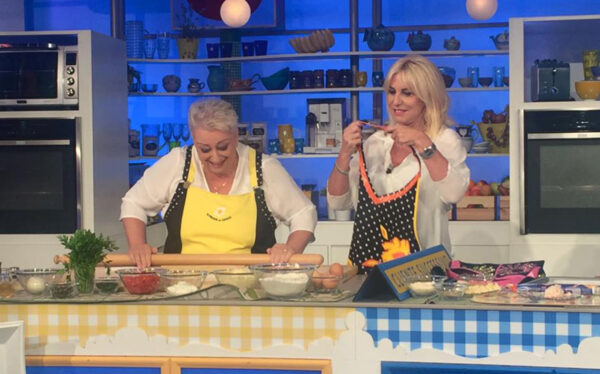