At the Terrazza Biennale of the 74th International Film Festival held in Venice, film stars toasted with our Esperienze wine glasses. The restaurant, run by the chef Tino Vettorello with the company Tino Eventi, hosted the most famous celebrities in the film world, who gathered in Venice from 30 August to 9 September.

The chef Tino Vettorello has been present at the Venice Film Festival for many years.
Photos of guests at the Terrazza Biennale on one of the evenings: Julianne Moore, George Clooney and Matt Damon. 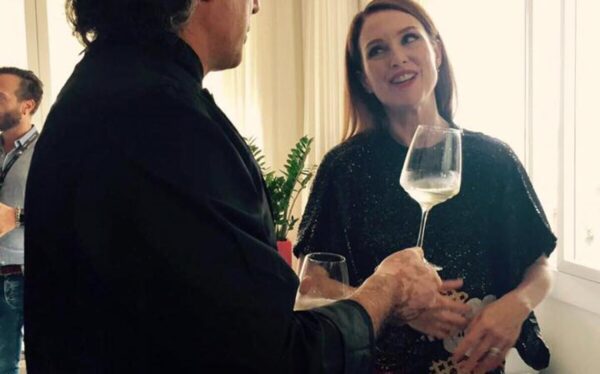